The Crab Spider - expert camouflage but for what purpose? 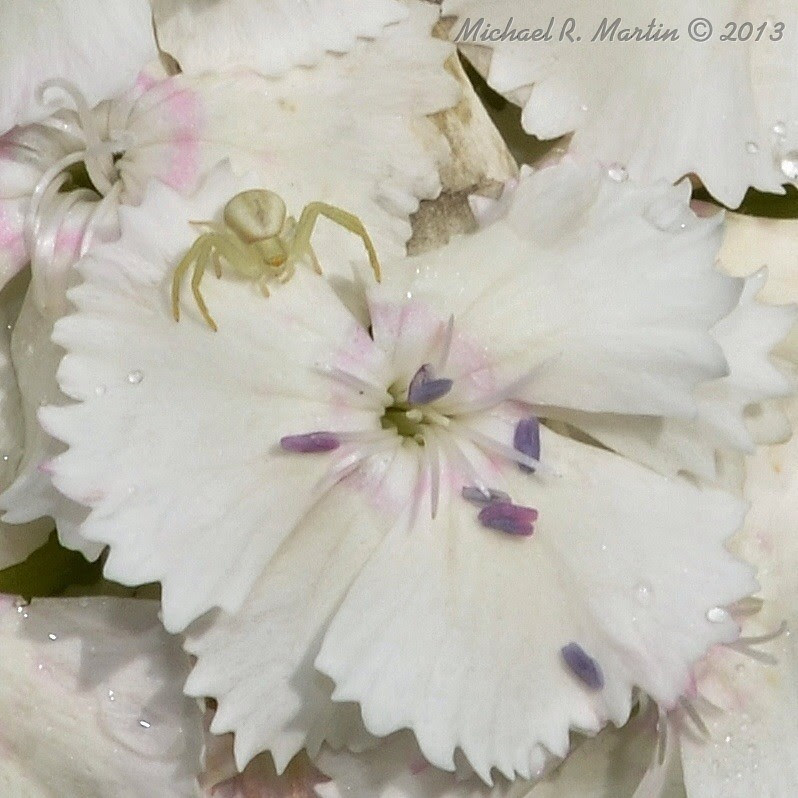 The female crab spider is a master of camouflage, with the ability to switch its color to match the flower on which it sits over a period of several days. The one we commonly see blending into flowers is of the genus Thomisus. Now scientists are wondering why they bother.

Science News (reported by Wired Magazine) reports that "Contrary to the textbook scenario, though, a white spider on a white flower doesn’t catch more prey than a white spider moved to a yellow flower, researchers report online November 3 in Proceedings of the Royal Society B.

Nor does a yellow spider on a yellow flower get a color-coordination bonus, says study coauthor Rolf Brechbühl of the University of Fribourg in Switzerland. He and his colleagues reached this conclusion after videotaping some 2,000 occasions when an insect buzzed over to a flower that held a spider. Sitting on a bloom ready to pounce on pollinators, the spider supposedly shifts to match her background by switching between white and yellow. To human eyes, she looks as if she’s becoming harder for her prey to see."

"Another possible direction — protection from the spider’s own predators — also doesn’t look encouraging in the new study. Brechbühl says that his research focused on spider prey, but he points out that all this videotaping took place in a field with plenty of birds and other possible menaces around. Even though he frequently moved spiders to flowers of the wrong color, he recorded only one predator (a bird) nabbing a spider."